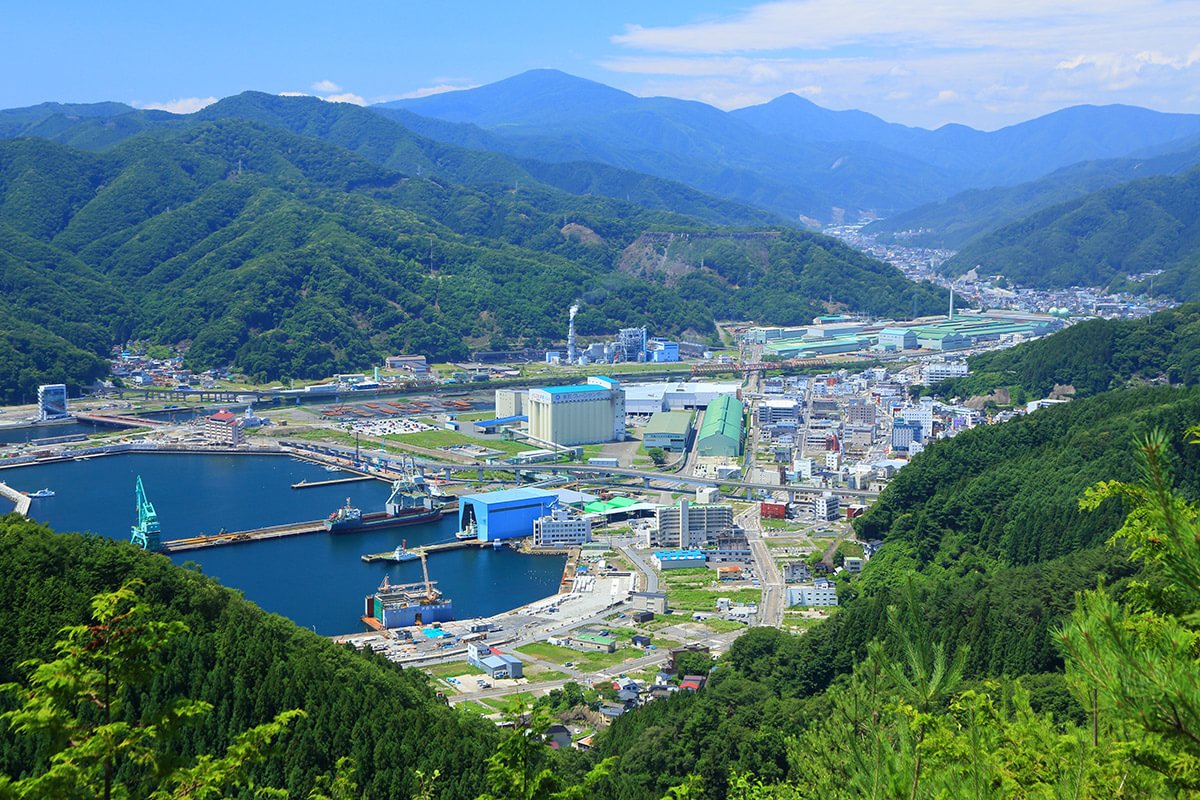 Kamaishi City, the city of steel, fish and rugby, is located on the Pacific-facing Sanriku Coast of the Tohoku region – one of the three best fishing grounds on earth. It offers a lifestyle rich in natural scenery, surrounded by the rias-style coastline on one side and a dramatic mountain-scape on the other. Compared to most parts of northern Japan, Kamaishi enjoys a relatively warm and mild climate, with a culture and cuisine that reflect its distinct four seasons.

As the location of the first western-style blast furnace built in Japan, as well as the first domestic steelworks, Kamaishi is often referred to as “The Birthplace of Japan’s Modern Steel Industry”.

Although the city marked 80 years as a municipality in 2017, this history has been marred by recurrent tsunami disasters, two naval bombardments during the Second World War and a rapid decrease in population following the decline of the steel industry.

In most recent memory, the Great East Japan Earthquake and Tsunami disaster, occurred on March 11, 2011. Over 1000 lives were lost or remain unaccounted for in Kamaishi alone, and the city suffered an unprecedented level of destruction. In regaining their feet after this tragedy, the people of Kamaishi have demonstrated the iron-like resilience that has seen them overcome the many difficulties of the past, and are continuing on the journey to recovery with support from all over Japan and the world.

In the midst of this recovery process, Kamaishi’s Hashino Iron Mining and Smelting Site was registered with UNESCO World Heritage as one of the “Sites of Japan’s Meiji Restoration” in 2015, and the city was selected to host the Rugby World Cup in 2019. As the World Cup approaches, Kamaishi hopes to embrace its role as the only host city representing the whole of Tohoku, and express the region’s gratitude to the rest of the world for their support during the aftermath of the disaster.

From All Major Regions

Travelling from Within Japan