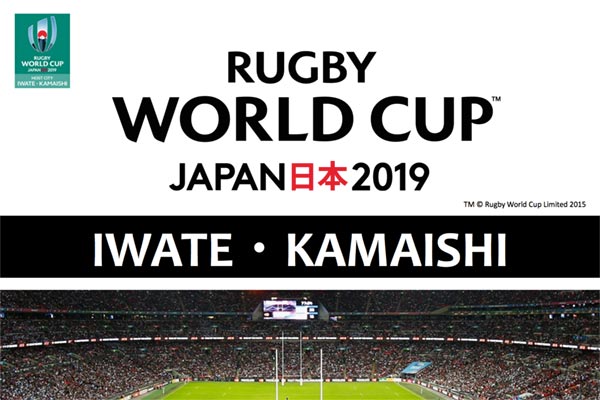 The Beginning of a New Era of Rugby in Kamaishi

Autumn 2019 – eyes around the world will be looking to the islands of Japan and Kamaishi in southern Iwate Prefecture.

Held once every four years, The Rugby World Cup™ (RWC) is the crowning event of the sport of rugby union. Players around the world dream of someday reaching this stage, the pinnacle of rugby. The 2019 Japan tournament will mark the first time the RWC is held in Asia.

Matches will be hosted by every region across the country, including Kamaishi City on the southern coast of Iwate Prefecture. This will be an amazing chance for the nation to join athletes and fans from around the world as they watch the tournament.

The Rugby World Cup™.
A thrilling competition between 20 teams with each player’s pride on the line.
A battle of top-class technique and speed that will get your heart racing.
Join the scrum in Kamaishi in 2019.

Overview of the Rugby World Cup 2019™

Crowning the Champions of Rugby
The Rugby World Cup™ is the pinnacle of world rugby, and the third largest international sporting event after the Olympics and the FIFA World Cup.

The tsunami of 2011 wrought devastation on the coast of Japan, but in the Unosumai area of Kamaishi, around 600 students from the local elementary and junior high school held hands as they made it safely to high ground. This has made Unosumai a symbol of disaster resilience that has attracted the world’s attention.

The Significance of the Rugby World Cup™ in Kamaishi

The only host venue in a city affected by the 2011 Great East Japan Earthquake and Tsunami.
After boasting a population of nearly 100,000 in the 1960s,change in local industry have led to a drop in Kamaishi’s population. The Great East Japan Earthquake and Tsunami also struck another blow to this decline. However,The Rugby World Cup 2019™ will pass new legacies on to the next generations, and lead to the next stage in the region’s development.

The Significance of the Rugby World Cup 2019™ in Kamaishi

Rebuild and revitalize the region through the “Power of Sport”

The Lead-up to Kamaishi’s Selection as Official Host City

2015 March
Kamaishi City is officially chosen as one of the 12 national host cities.

The Northern Ironmen left their footprints all over this town

The Nippon Steel Rugby Football Club (often called the Northern Ironmen) left a huge mark on the history of Japan Rugby with eight national championship wins, including seven consecutive trophies between 1979 and 1985. Without a single university forward player, the team consisted mostly of athletes who had been no-name players during their senior high school days. The people of northern Japan are often called tenacious, and the Northern Ironmen certainly possessed tenacity in spades. They also had the entire community behind them showing their enthusiasm for this great endeavor.

Continuing on in the footsteps of the Northern Ironmen, the Kamaishi Seawaves RFC was formed on April 25, 2001. The Kamaishi Seawaves hope to develop as a club with strong ties to the region, and to help promote rugby within Kamaishi, Iwate and northern Japan as a whole.

The tradition of using flags from local fishing boats to cheer on the team has been going strong since the Nippon Steel Rugby Club era. Thanks to the Northern Ironmen, rugby is now a part of daily life in Kamaishi and at the core of the region’s pride. 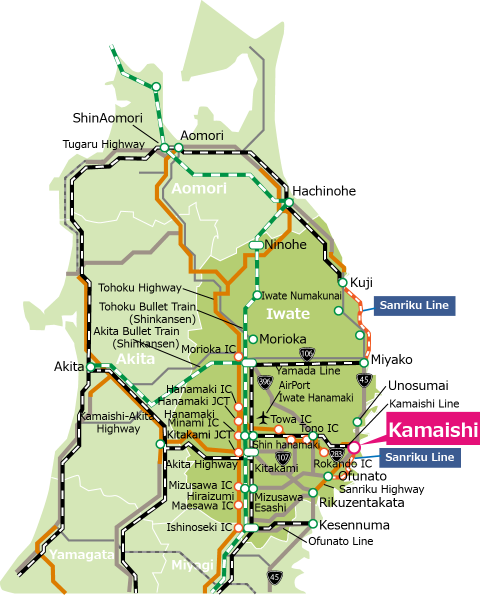 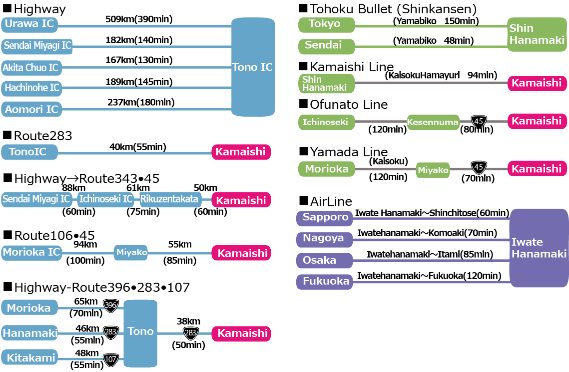 Rugby World Cup 2019TM JAPAN – Tournament Vision
Connect – Create – Go Forward
Connecting people in Japan, Asia, and around the world to
create a groundbreaking and inclusive celebration of
Rugby and Community.
We will go forward as one, to build a better future for all.