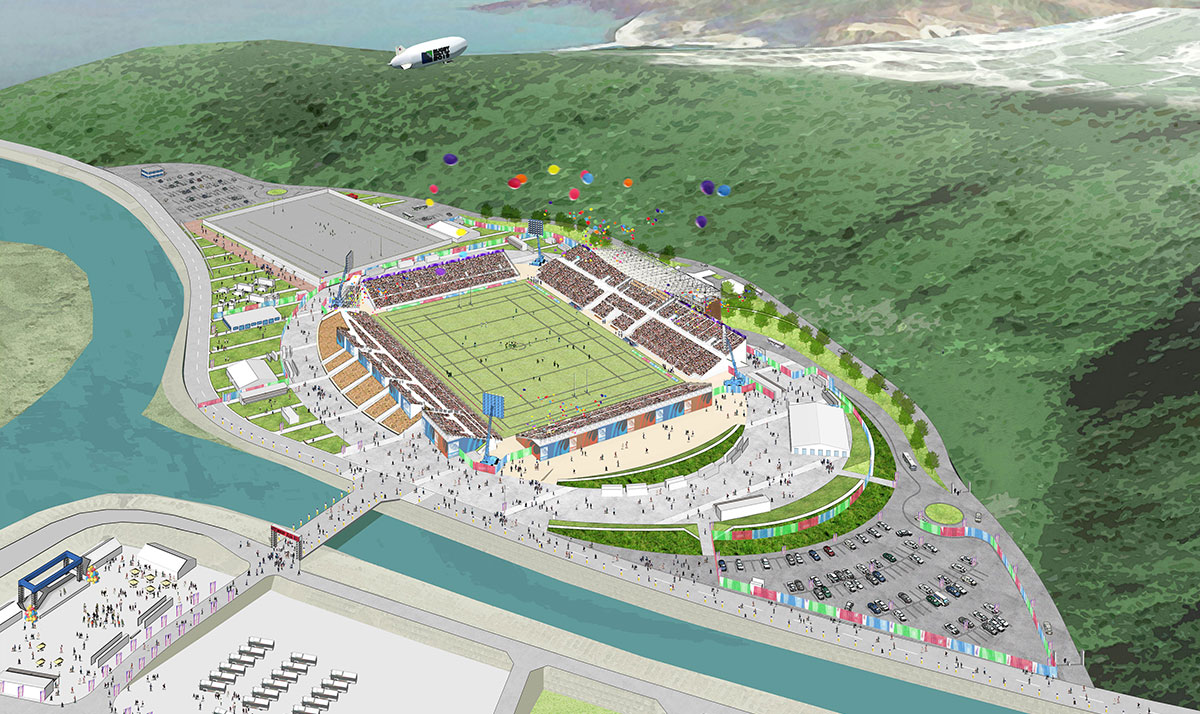 The Kamaishi Recovery Memorial Stadium, host venue for the Rugby World Cup 2019™, is currently under construction in the Unosumai district and set for completion in Summer 2018. Located on the former grounds of the Kamaishi Higashi Junior High School and Unosumai Elementary School, the venue is a symbol of Kamaishi’s recovery from the disaster and hope for the future. 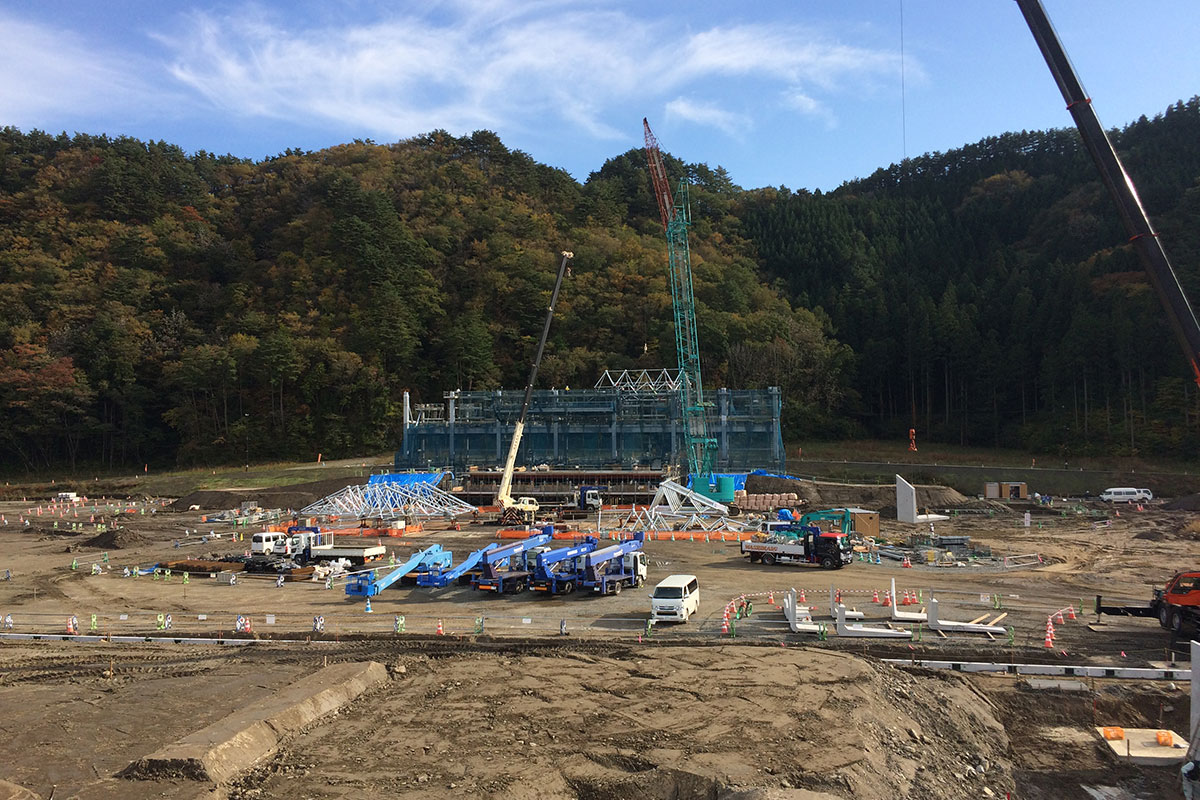 Both schools were inundated during the 2011 Great East Japan Earthquake and Tsunami disaster but, thanks to the quick actions of the students on the day, all managed to escape to safety. The schools have now been rebuilt on the side of a nearby mountain, and the entire district has undergone a dramatic increase in height above sea level. As one of the worst hit areas in the city, Unosumai is starting to take new shape around the new addition of the stadium.

The stadium itself will be surrounded by the Unosumai River and Pacific Ocean on one side, and steep mountainous terrain on the other, providing it with stunning natural views quite unique to this area of Japan. Its design also seeks to embrace these natural elements, with the roof structure evoking imagery of bird’s wings and boat sails. 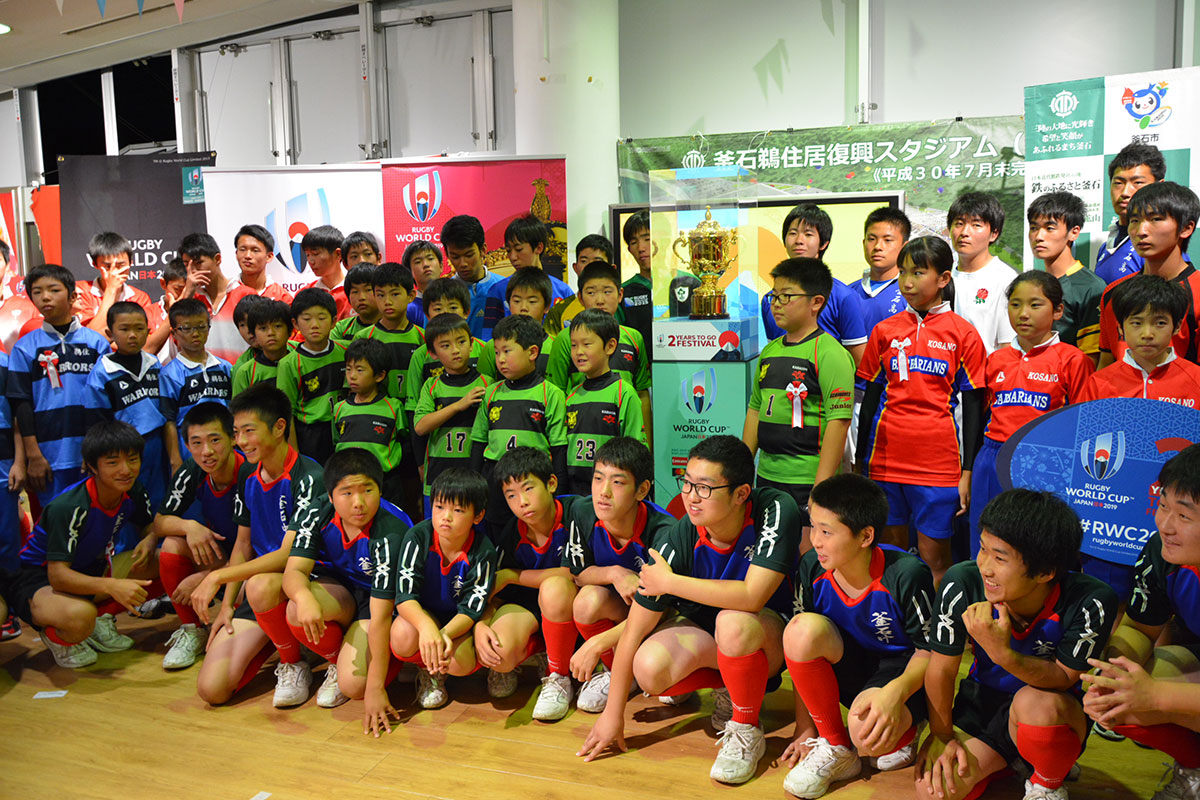 To ensure that priority it given to the reconstruction of the homes and livelihoods of those affected in the disaster, and that the stadium facilities will not go to waste after the tournament, the Kamaishi Recovery Memorial Stadium will be simple and compact. Although constructed to seat approximately 16,000 at the time of the Rugby World Cup 2019™, only 6,000 of these will be permanent facilities, with the additional 10,000 temporary seats removed after the tournament’s conclusion. In future, it will address the lack of sporting facilities along the Sanriku Coast, playing host to both domestic and international sporting and cultural events, whilst also acting as a city hub for health and recreation, and a lasting legacy of the Rugby World Cup 2019™.