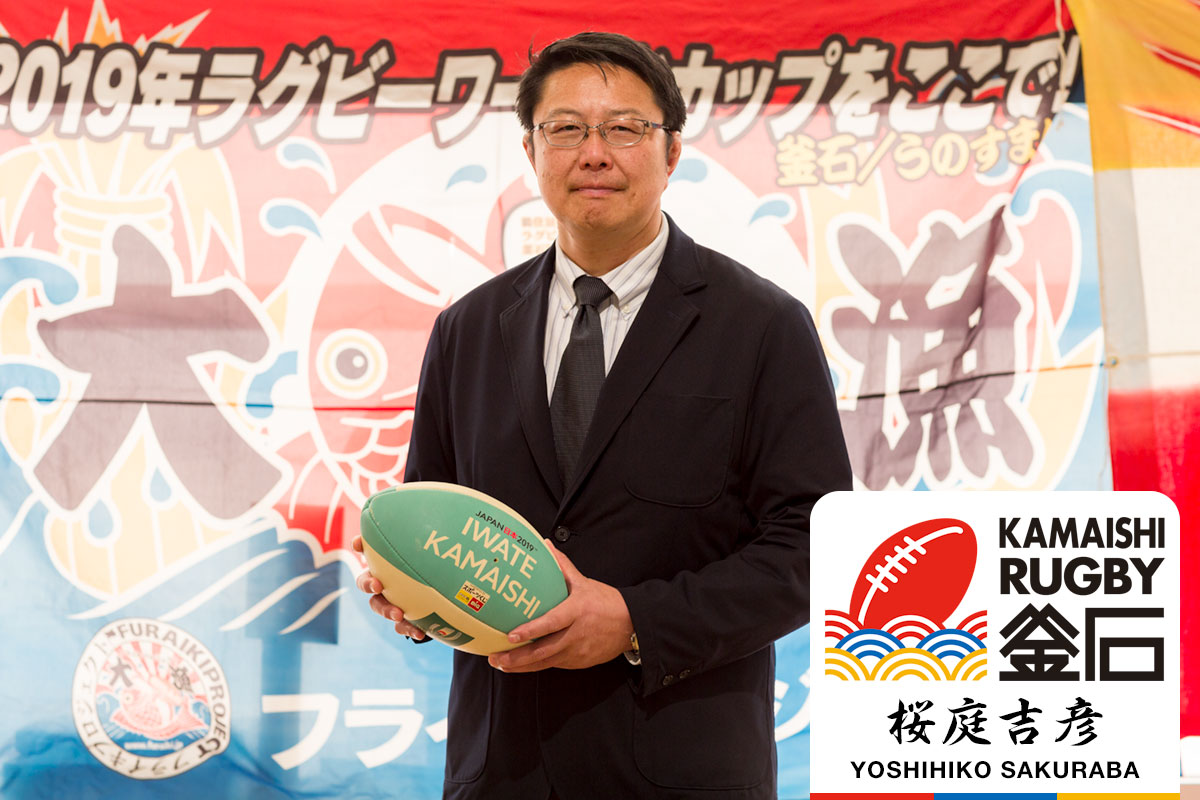 My first encounter with rugby

I began playing rugby in my second year at Akita Technical High School. Up until then, I had played baseball and dreamt of someday making it to the famous Hanshin Koshien Stadium. However, looking back now, I felt as though something didn’t fit. Perhaps it was that the ball was too small. Then, one day, the head of the rugby club approached me and said, “You’re tall! Why don’t you think about joining the rugby club?”. From there, my interest in rugby began.
In the same year that I joined the rugby club, I played in the National High School Rugby Tournament in Hanazono Rugby Stadium, a place we referred to as the Holy Land of rugby. It was my first big rugby event and I felt very lucky to be a part of it. That year, we finished in the top 8 teams. However, the year after, we won the tournament and became the national champions.

In my third year of high school, I was approached by Nippon Steel Kamaishi. I had seen them play on television as a child and remember thinking, “Could there really be a team that strong in this region?”. From the time I began rugby, I had hoped that one day I could play alongside this great Kamaishi team.
One day, Mr. Masafumi Sano, a graduate of my high school, and Mr. Yuji Matsuo, a former Japanese union rugby player and sports journalist, came to visit me. I was shocked and overwhelmed. On the day that Kamaishi achieved their seventh consecutive victory in All-Japan Rugby Football Championships at the National Stadium in Tokyo, I took part in the minor match before the tournament began. I distinctively remember the vibrant spirit and enthusiasm of the Kamaishi supporters as they cheered energetically from the stands. It touched me that they would cheer for us too. I have Kamaishi to thank for who I am today and for all of the relationships I have built.

From the time I graduated high school and entered society, my level of focus and strength transformed remarkably. At the beginning, I couldn’t keep up this new way of living. In high school, I thought I could succeed at rugby using only my strength and height. However, once I began to play with the Kamaishi team, I learned the importance of technique and strategy, and gained a new sense of values. It was a dream to be amongst such superb players, some of whom even played with the national team, and I felt as though I had achieved my goal. 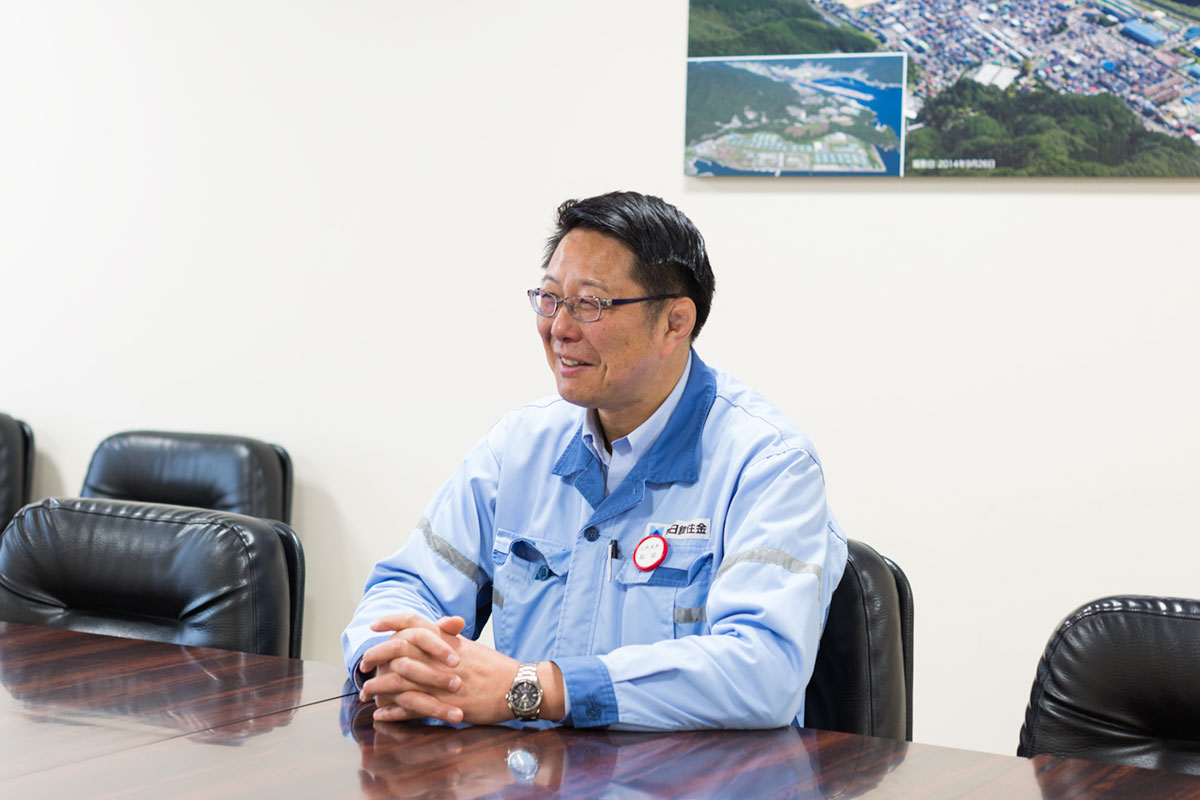 After seven consecutive victories in the national championship, the team’s success began to decline. We were no longer in a position to become Japan’s top team. I had once dreamt of playing in the National Stadium full to capacity but, unfortunately, I was never able to fulfil this dream. As I got older, I noticed that my viewpoint as a player had changed. I believed that the captain of a team was responsible for unifying and strengthening that team and they must consider the whole team rather than just themselves. I thought that was what our team lacked. However, I eventually realised that each individual player is responsible for their own actions and I needed to start thinking about what I should do as an individual. From that point on, I started to take action.

In 2000, Nippon Steel Kamaishi as we knew it could no longer continue and a decision was made to become a community-based team instead. As expected, many of the club members had a negative reaction to this change, myself included. However, realising that our dissatisfaction wouldn’t change the reality, I decided to move forward with a positive attitude. Nippon Steel Kamaishi was renowned for their deep connection with the community and to no surprise, becoming a local club team only strengthened this connection further. The local people campaigned for our club’s survival and carried out petitions, making the establishment of the ‘Kamaishi Seawaves’ possible. Support such as this is the reason that Kamaishi rugby continues to thrive today.
In addition, we are grateful for the support of our sponsor companies, who have provided employment to the players, and together with our supporters and fans, we have prevailed through good times and bad.

March 11, 2011 Great East Japan Earthquake and Tsunami. At that time… 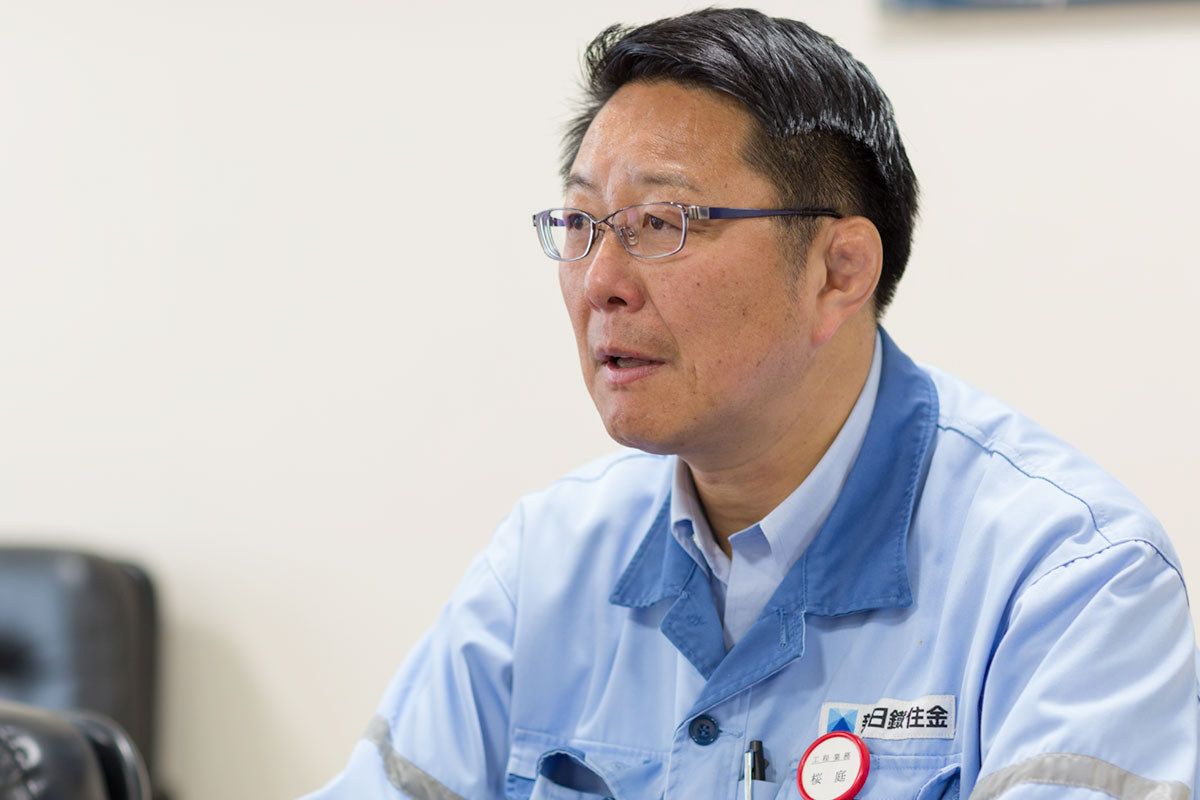 Some of our team and staff members were injured in the disaster. Some lost family and friends, as well as their workplace. It was a dire situation and we felt that, “Now is not the time to play rugby, we need to work together and do something to help our city”. So, from there, we took charge and led volunteer activities. Foreign players who were strongly encouraged to return home instead chose to stay and contribute to the relief efforts. Their selflessness was awe-inspiring and brought the team closer together than ever before. As we continued with our volunteer activities, our connection with the local community grew stronger and stronger. As a result, our team and city was supported by people from within the Tohoku region and beyond. Once again, I was able to comprehend the profound influence that rugby has on this city. Before the disaster, rugby had always been there. However, once the disaster had struck and rugby was no longer being played, people began to notice its absence and a new sense of appreciation for rugby was born.

To this day, the environment surrounding rugby in Kamaishi is changing. In 2017, we advanced to the Top Challenge League, the second-highest level of rugby in Japan. Despite only coming in seventh place out of eight teams, we are working hard to push forward in the hope that our efforts will bring success to the region once again. 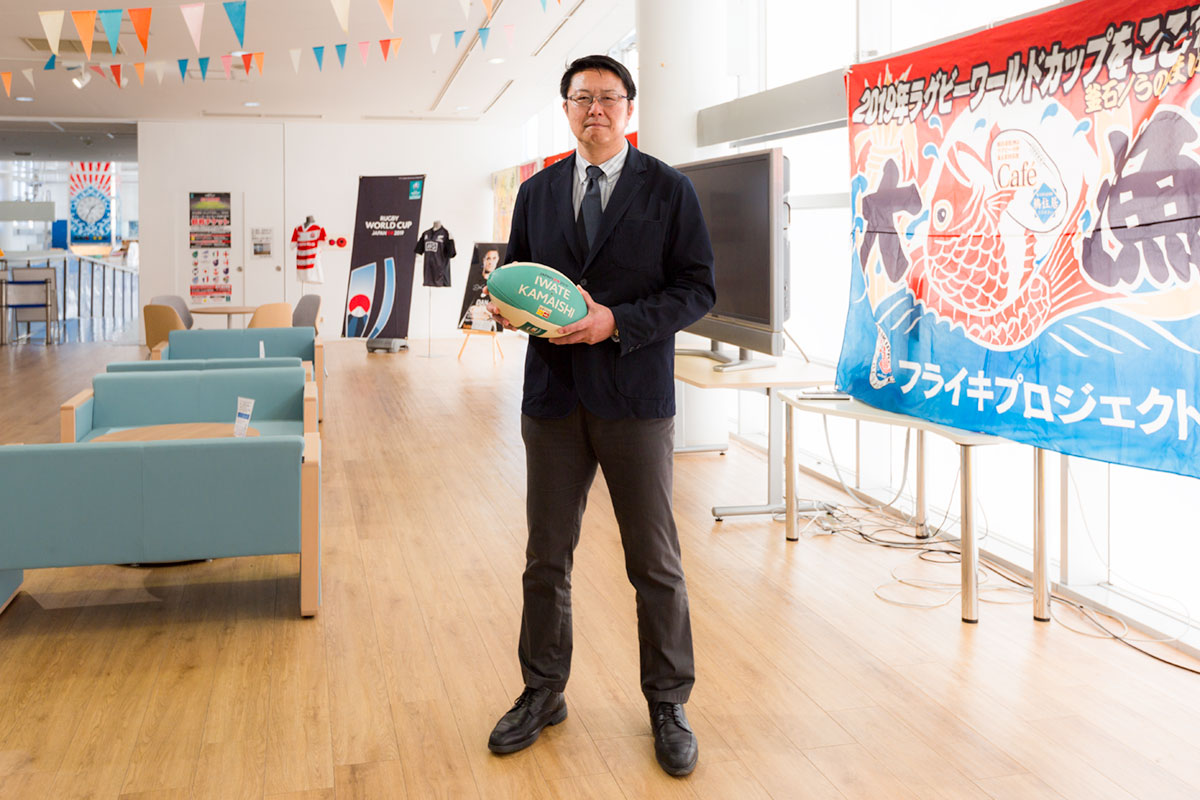 The Rugby World Cup is coming to Kamaishi, the ‘city of rugby’.
As someone who was fortunate enough to have played in three Rugby World Cups, I can understand how precious the experience of playing in front of the world is for these players. The World Cup is not just about the matches. Rather, it is a competition that determines the best team in the world through a brilliant display of raw talent, hard work and determination. My role is to spread this message.

Of the 12 host cities, Kamaishi is the smallest and it is for this reason that the voice of the people can be heard. We are ready to use our strengths and welcome rugby fans from all over the world. Regardless of language abilities, a message can always be conveyed through a person’s warmth and smile. That is what I want our visitors to take home.

Through the support of those from around the world, we are fighting to overcome the devastating effects of the disaster. Now, the World Cup has granted us a platform for delivering positive news to the world. I hope to contribute to the success of the World Cup as an individual and as a team with a feeling of gratitude.